If you have been playing guitar or bass for any length of time, you might have heard that some guitarists and bassists boil their strings. So why do they do this, and does it work? The answer might surprise you! Why do guitarists and bassists boil their strings? Boiling strings might improve the sound for certain players. It can be done to clean the strings, and it can reduce the tension of brand-new strings and help speed up the break-in process. Also, boiling them will help the strings stretch, which will make them less likely to go out of tune.

Contents
1. Why do bass players boil their strings?
2. How does boiling affect string sound?
3. How to boil your strings?
4. Frequently asked questions (FAQ)
5. Conclusion

Why do bass players boil their strings?

There are a variety of factors that lead bassists to boil their strings. First and foremost, boiling strings works, although temporarily. There is plenty of research online demonstrating the effectiveness of boiling strings.

Boiling their strings might improve the sound of certain musicians. Some musicians like the sound that results from using slightly used strings. Try boiling them first to speed up breaking in a new set of bass strings. This will relax the strings and help reduce the treble or tinniness of the strings.

When you boil your bass strings, they take on the tone of a slightly used set, which may be preferable if that’s the sound you’re going for.

The availability of financial resources is still another consideration. It’s common for replacement bass strings to cost more than those for a guitar. Many prospective artists, however, need more disposable income to make such a regular investment. Some have speculated that the lifespan of bass strings may be doubled by subjecting them to repeated boiling to render them cleaner and a little brighter.

That may amount to $100 or more a year in savings for a bass player, depending on how frequently their strings need to be changed. However, the best way to prolong the life of your strings and save money is to clean them regularly.

Boild strings can reduce the tension of brand-new strings and help speed up the break-in process. Also, boiling them will help the strings stretch, making them less likely to go out of tune.

If you are looking for new bass strings, check out the ones below. They are top-rated and won’t break the bank. 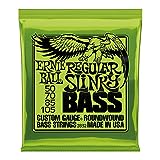 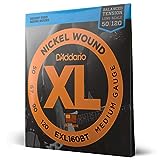 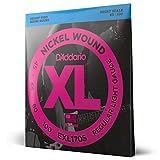 How does boiling affect string sound?

Vibration is the basis for the production of sound in all instruments. The sound of a guitar is created when string vibrations travel from the frets to the bridge and into the instrument’s resonance mechanism (the soundbox or pickup, in the case of electric guitars).

The number of times the strings can generate their repeating oscillating motion in a certain time is known as their vibration frequency (ordinarily measured in one second). Therefore, there will be less of an opportunity for a sound to travel down the strings if they are heavier and move more slowly.

This is rarely an issue at the lowest possible frequencies (the note the string is producing). But strings also vibrate at integer multiples of the fundamental frequency. These are called overtones or harmonic frequencies. A string’s ability to vibrate at higher harmonic or overtone frequencies is diminished when dirt collects inside it, resulting in a flattened overall tone.

In line with what was said above, a guitar string gets bigger as dirt and dust stick to it. As a result, its inherent frequency shifts, and its sound is muffled. So, it makes sense to boil the strings to eliminate the foreign chemicals that stop them from moving and sounding like they should.

How to boil your strings?

Here’s a delicious dish to try if you’re still considering this course. Here, you’ll need an old set of strings, a large saucepan, a fork (or another stirring tool), tongs, and a towel.

First, coil each string into a tight cylinder, just as you would with a brand-new set. Next, a pot of water has to be filled. While tap water may be used, distilled water is preferable whenever possible. When it doesn’t work, plain old tap water will do it.

The next step would be to put the pot on the burner and turn up the heat. Just drop the strings one at a time as the water begins to boil. To prevent accidental burns, you may use tongs for this. You won’t have to spend an eternity boiling them; the procedure should take three to five minutes. This is also true for electric guitar strings. You should boil the bass strings for at most fifteen minutes.

Carefully remove strings from the pot after boiling (five or fifteen minutes). To avoid injury, use tongs for this task. After taking the string from the pot, set it on the dry towel. Before moving on, thoroughly dry them with a towel.

If you have tin foil, you can use it to speed up the drying of the strings. Each string will be individually wrapped in tin foil, which will then be perforated many times to allow air to circulate within. Then, please put it in the oven and warm it on the coldest setting. Wait about fifteen minutes or until the strings have cooled sufficiently to the touch. Restringing the instrument is all that’s left to do now.

If you want even more tips and insights, watch this video called “Boiling Guitar Strings: Does it Actually Work?” from the SpectreSoundStudios YouTube channel.

Do you still have questions? Below are some of the most commonly asked questions about boiling strings.

What does boiling your bass strings do?

You can get a brighter tone from your bass strings by boiling them and then replacing them, this can also clean the string in the process.

Are you supposed to boil guitar strings?

How long should you boil strings?

Restoring your guitar’s string tension is as simple as removing all the strings, wrapping them up like they’re brand new, and then boiling them for 5 minutes. Then let them cool down before replacing them.

How often should bass strings be changed?

If you play the bass regularly, you should replace the strings every six to eight weeks. To prevent string breakage, a touring bassist will have his bass strings replaced every third or fourth gig.

That’s all we have for you today. We hope that our post has cleared up a few common misconceptions and given you the knowledge to make the most of this useful technique!

This article covered why bass player boils their string, how boiling affects string sound, and how to boil strings. Here are some key takeaways:

So, do you also boil your guitar strings? And did I cover everything you wanted to know? Let me know in the comments section below (I read and reply to every comment). If you found this article helpful, check out my full blog for more tips and tricks on music production. Thanks for reading, and never stop making music.